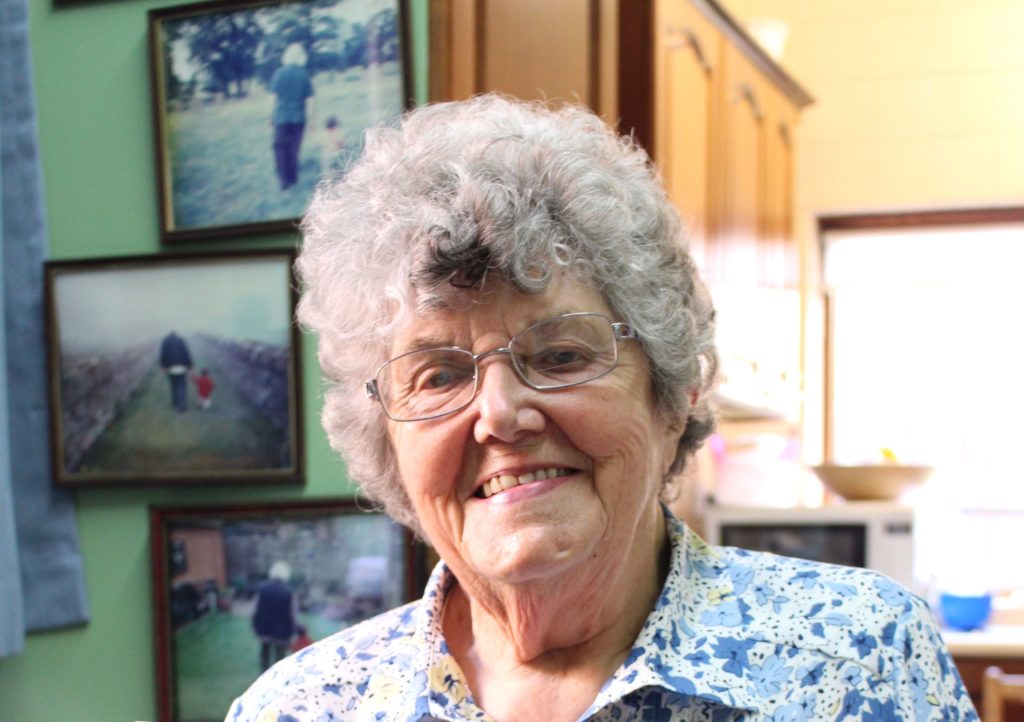 Childhood on a remote Welsh island prepared Gwenda Watson for a future life of mission. She went from living in one of Britain’s smallest island communities – to helping husband Victor run one of the country’s biggest Methodist churches.

Born in 1930 at the Welsh village of Cwm-y-Glo, ‘valley of coal’, Gwenda contracted polio at just three months. If that wasn’t enough of a challenge, her mother became headmistress of the only school on Ynys Enlli, the ‘Island in the Currents’, better known as Bardsey.

They moved to this legendary ‘Island of 20,000 Saints’ situated two miles off the Llŷn Peninsula. While the name sounds magical, Bardsey was without running water, gas or electricity.

‘There were ten houses, a chapel, a school and a lighthouse,’ Gwenda smiled. She remembers it as a special childhood, but wonders how her mother coped, especially when her father died of tuberculosis.

Lighting was by paraffin lamps. Water came from wells. Driftwood was gathered for the fire. ‘But we all had enough,’ Gwenda remembered. She now realises that taxing existence prepared her for mission and church work.

Gwenda continued her education at Llandudno, and went on to study social science at Leeds University. There she met Vic, who was training to be a Methodist minister at nearby Wesley College, Headingley.

They married in 1956. Later that year, Vic was appointed as a missionary to Panama. ‘We had three bags – my clothes, his clothes and the third contained Vic’s books,’ said Gwenda. ‘It was exciting and new.’

Arriving at Colón, they found a huge wooden wreck of a manse: ‘The stewards told us the only reason the house was still standing was because the termites were holding hands’.

The couple worked hard, building up the local Methodist churches which grew in membership. They set up a home for old people and a school. Vic attained the equivalent of a knighthood.

Following various ministry appointments, Vic’s next major mission was to Walworth Methodist Church, London. It was known as Clubland because of its pioneering youth work. (The rest of Gwenda’s story can be found in the Summer 2019 edition of Roof ‘n’ Roots)