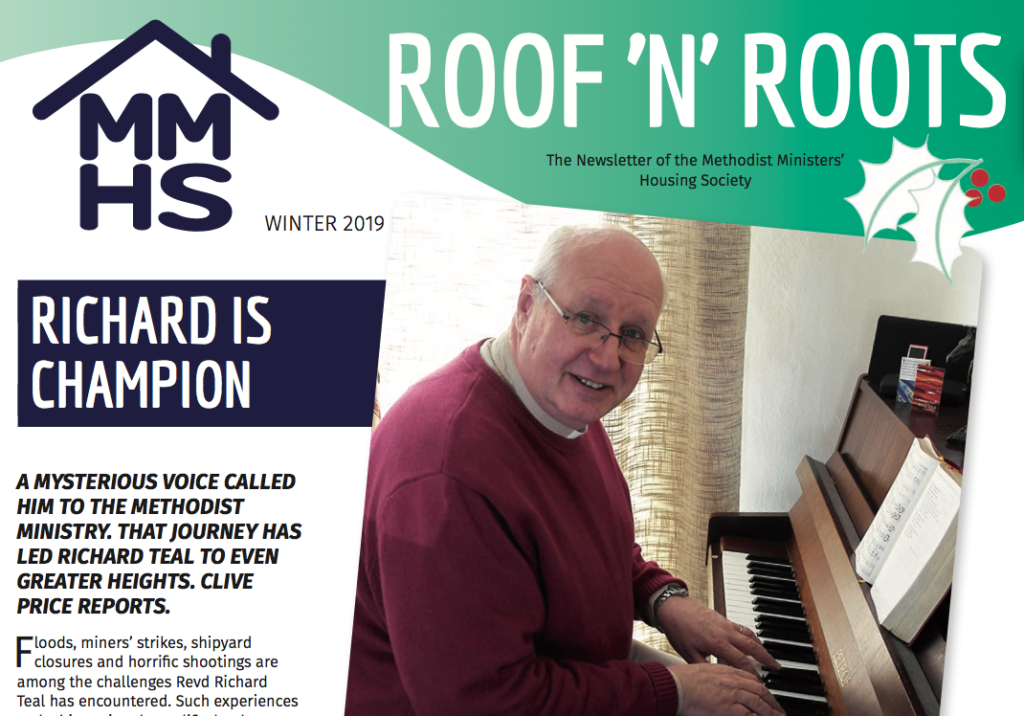 It’s far more than dealing with ministers’ housing needs that has equipped Revd Richard Teal as President Elect of the Methodist Conference.

Encountering floods, miners’ strikes, shipyard closures ­- and the aftermath of horrific shootings – have also helped make him uniquely qualified for his latest role.

Richard has just stepped down as a long-serving board member for the Methodist Ministers’ Housing Society, to make room for this new appointment.

MMHS are so proud of Richard’s achievement, they have featured his story on the front cover of the latest edition of their news publication, Roof ‘n’ Roots.

The article points out how Richard made such a mark in his pastoral ministry, one newspaper headlined him as ‘The clergyman who championed Cumbria’.

It was while serving churches in Cumbria that Richard comforted flood victims and, in a separate incident, survivors of one of the worst criminal acts involving firearms in British history.

He was a fledgling minister in his early 20s when Richard found himself in the middle of mine closures and shipyard shutdowns.

Now he is looking forward to becoming President when the Methodist Conference opens at Telford next year.

‘I feel honoured, humbled, privileged and amazed,’ is how he described his response to news of his appointment.

Richard was a board member of MMHS for nine years. Based in London, the Society has been working for more than 70 years to house retired presbyters and deacons.

The Winter 2019 edition of Roof ‘n’ Roots can be downloaded for free here.