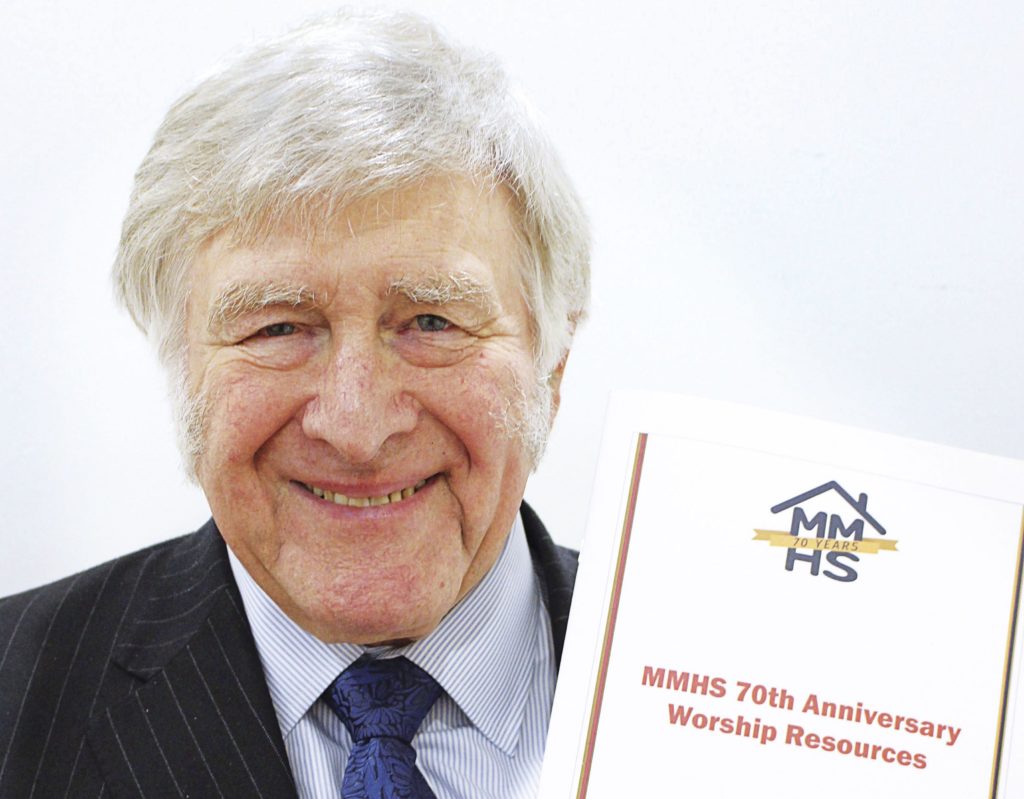 His surname sounds almost like a famous Hungarian composer. So maybe it’s expected that MMHS resident and Board member Revd Glynn Lister would be a most musical fellow.

He is a key part of the team behind our 70th anniversary worship resource. Glynn compiled the act of worship and thanksgiving – ‘to produce something simple and accessible’.

Brought up in a Methodist family in Swindon, Glynn became a local preacher just after his 17th birthday. He was studying accountancy but became convinced of ‘a call to ordained ministry’.

He offered as a candidate in 1965 and trained at Didsbury College, Bristol. Glynn married Margaret, a teacher, in 1966. ‘We moved the date to avoid the World Cup final,’ he smiled.

Happy for Methodism to ‘send me wherever’, Glynn took on various roles including chaplain to a hospital and an army camp. He also became a magistrate in 1983.

Glynn retired in 2006 and moved with Margaret into an MMHS property in north-east England. ‘The society was good,’ said Glynn, ‘we found a house and we’ve been extremely happy here ever since.’

He joined the Board in 2016. ‘I hope I understand what is important to residents,’ he said. Retirement brings more opportunities.

Glynn often leads worship on Sundays, is a church treasurer, sings in a male voice choir, plays the bassoon and is a rugby fan. ‘I watch Newcastle Falcons and England home and sometimes away,’ he said.

So how would he advise those writing their own worship material? Glynn’s response paints the picture of a worshipping community. ‘Look for it to be simple and focused,’ he said, ‘with each part adding to the rest and making a whole.’

Designed by Lindisfarne Scriptorium, our 70th anniversary worship resource is still available as a free download here. The full version of Glynn’s story can be found in the Winter 2018 edition of Roof ‘n’ Roots. (Photo: Clive Price)