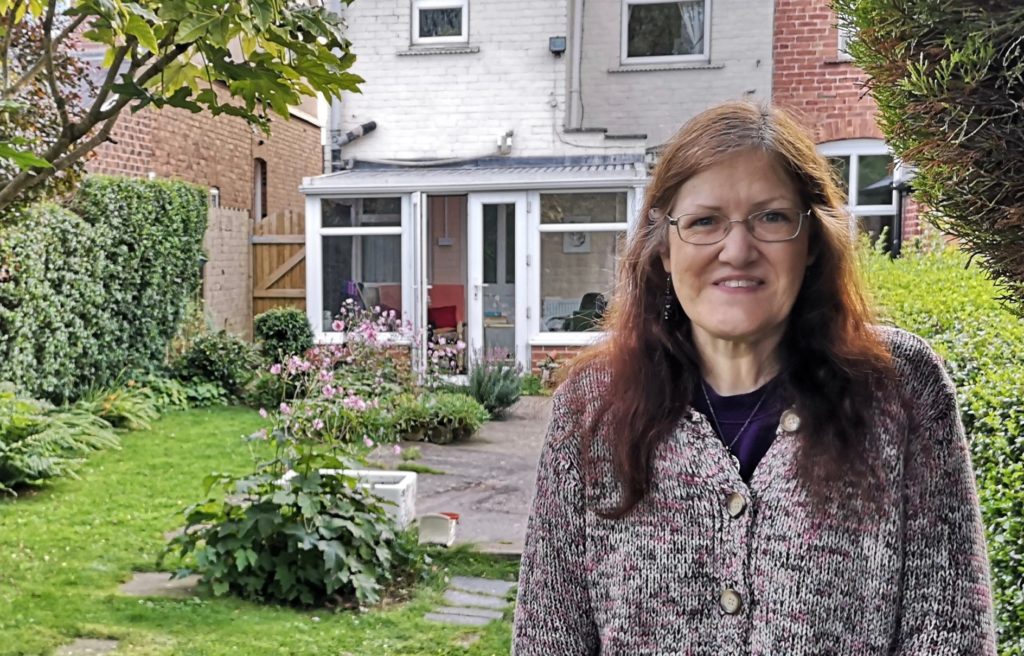 Comedy brought Joyce Barrass to church. Her spiritual journey took her from playing in a bomb crater – to teaching in one of the highest cities in the world.

Now an MMHS resident, Joyce was raised in a Methodist family at the Yorkshire mining village of Bolton-on-Dearne. Her father was head porter at the train station.

When she was seven, her father had a stroke. ‘My mum was looking after him,’ said Joyce, ‘so wasn’t able to get to church. I didn’t go to church until they needed somebody to write comedy material for a concert party in the late 70s.’

That took 15-year-old Joyce to Furlong Road Methodist Church. ‘I gradually got the call to mission work,’ she remembered.

Joyce knocked on the door of the former Overseas Mission Department. Their response was to train her and say, ‘How do you feel about Bolivia?’ Joyce’s response: ‘Where’s Bolivia?’ To top it all, she was a type 1 diabetic.

Armed with her O Level Spanish – and a fridge to preserve her insulin – in 1990, Joyce went to Sucre. She became the first UK Methodist mission partner in that region, and one of the first to Bolivia.

Joyce caught amoebic dysentery, an intestinal infection caused by a parasite. Soon after, she developed Myalgic Encephalomyelitis or ME. Even so, Joyce was disappointed when time came to return to the UK in 1992.

She was ordained in 1999. Joyce looked after three churches in Southampton and retired on health grounds in 2007. ‘I didn’t want to retire,’ she said, ‘but by God’s provision, I came here.’ Joyce moved into an MMHS house in Yorkshire (she is pictured above in her back garden at the property). ‘It was a summer evening and I saw what I knew could be home.’

(Photos by Clive Price. The full version of Joyce’s story can be found in the Winter 2019 edition of Roof n Roots. You can read more about Joyce on her own poetry website)